Since the beginning of last year, will take effect a system of simplified taxation, which was named patent. Its essence is to facilitate accounting for taxation of small businesses using the legal system "Individual entrepreneur".

The patent form of taxation frees businesses from filing tax returns, replacing the process of obtaining a patent for doing business. To issue a patent, the applicant should contact the local tax authority with the appropriate application. In the next five days, employees of tax inspection or issued patents, or direct rejection. time, at the issued patent, ranging from one to twelve months.

What requirements must be met, to go to the patent form of taxation?

That is taken as the taxable base under the patent form of taxation?

In every region of the Russian Federation set individual limits potential revenue, which can be prepared according to the approved list Tax Code. According to the potential income tax laws may vary from 100 000 rubles to 1 000 000 rubles.
For some activities the potential income limit may be raised in three to ten times, and business, working in settlements with a population over one million person limit can be increased up to five times.
Under the tax bases of understanding approved by the amount of potential revenue for a particular type of activity.

The tax rate is calculated as 6% of the amount of potential income. 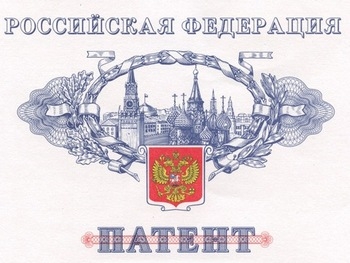 How to calculate the cost of a patent right and pays the patent in the future?

To calculate the value of a patent, you need to use the following formula:

patent payment is made in the following order:

If a patent is granted for a period of six to twelve months, its payment is carried out in two stages. The first payment in the amount of one third of the cost of a patent is necessary to pay for 25 working days after issuance of the patent, a second payment, covering the rest of the sum, be paid no later than 35 working days prior to the expiration of the document.

If a patent is granted for a period of up to six months, the entire amount be paid at a time during the first 25 days from issuance of a patent armor.

When an organization moves to the patent form of taxation, it excludes payment of the following taxes:

but, it should be remembered, that the use of the tax system does not cancel the payment of contributions to social funds with payroll company.

Also there is an amendment, As for those entrepreneurs, doing business alone without employees. The amount of transfers to extrabudgetary funds in such business shall be annually 17 208 rubles.

Although no longer the entrepreneur must prepare and submit a tax return in the transition to the patent form, it should continue to book income for the entrepreneur, which confirms, that the limit does not exceed revenue 60 million rubles a year.