In order for a business project it was successful, must be considered one of the main criteria for success: calculating the potential revenue. Revenue calculation is impossible, if you have no idea about the concept of a market capacity of certain goods in a specific region. It is worth a closer look at the methodology of calculation of market capacity.

1. Calculating the number of potential buyers

To know the exact number of potential buyers, We need to turn to official statistics source, eg, go to the website of the Federal State Statistics Service www.gks.ru.

It happens , that official statistics can not find. In this case, you need to rely on specialized publications. For example, which will be shown below the official website of the hunters in the Russian Federation was used www.ohota-kuzenkov.ru.

According to the site in Russia is home to about three million hunters. Most hunters, this, of course, men. Population census 2010 of the year, reads, that in our country the proportion of men is 48 percent. It means , that the proportion of hunters in Russia:

To get a more precise figures, of course, should refer to the official authorities. So, eg, If you want to know how many hunters in a particular region (important, number of hunters in different regions differ from each other), you need to seek assistance from the Department of Natural Resources and Environmental Protection of the field, to find out how many game tickets have been issued. If there is a possibility, you can specify the number of hunting weapons, issued by the Ministry of Interior.

After that, as the number of potential buyers learned, should understand, how much money, about, spends a potential buyer for the right product in the year.

2. The calculation of purchasing power of the buyer 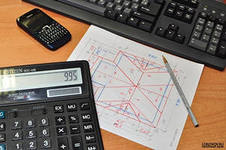 Calculate the purchasing power is much harder, because the procedure is complex analytical work with information elements. it happens, that such research already exists in this niche, and it will be much easier to buy its result, for example 30000 rubles.

In order to calculate your own, you need to define a minimum set of goods, who can purchase one buyer. You also need to determine its expiration date and calculate the yearly costs. It is worth considering is a concrete example of the hunting shop.

After all the specialized literature and hunters was read formula, minimum set of goods was determined, which should have every hunter:

Having calculated the above data, obtained, hunter spends a year, least, 10000 rubles. After these calculations, should go to the next step. 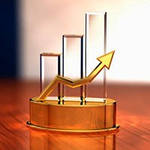 There is a certain formula: the number of potential buyers must be multiplied by the size of the cost per year. The result is a market size in value terms.

According to this formula, you can calculate the capacity of the market of products for hunting and Russia: number of hunters (3000000)*on the annual costs (10000)= 30 billion rubles a year.

For a clearer picture, should consider a concrete example and consider the market capacity of one particular city - Tolyatti.

Population census 2010 year confirms, that lives in Togliatti 719 thousands of people. Further, you need to calculate the number of potential customers, taking into account the data on the proportion of the male population in the proportion of hunters.

Consequently, market capacity of products for hunting in Togliatti, is:

Considering, that hunting goods store revenue per year is about 15 million. rubles, obtained, that the city can accommodate as many as 10 stores with hunting goods.