The higher the level of development of the society, the more complex organizational and legal forms of business use. One of them is a joint-stock company. The legal status of joint stock companies shall be determined by law. The main purpose of the legal regulation - guarantee the security and protection of third party interests.

Advantages of the legal form 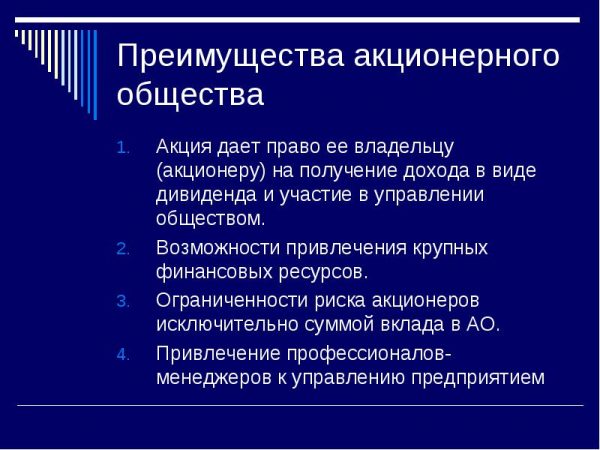 AB can rightly be considered one of the most complex forms of collective entrepreneurship. Features of the legal status of the Company are as follows: ownership of the founders of the contributions goes to the created entity. However, securities, received by shareholders in exchange for their property / cash deposits, do not give them the rights in respect of property. Benefits of SA:

The joint stock company created by the combination of capital. The form of the right of ownership is significantly different from the basic model - ownership, disposal and use of property. Civil legal status of joint stock companies allowing shareholders:

The Company's activities are regulated by law, charter and other internal acts. 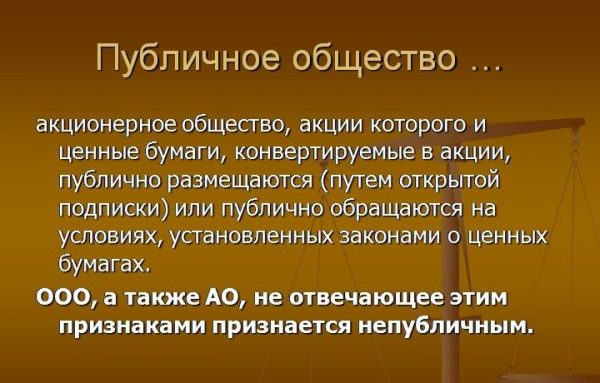 The main advantage of the public joint-stock company - the presence of opportunities to involve the formation of the authorized capital of a wide range of investors at the expense of public distribution of securities. The legal status of a public company allows for the issue of securities other than shares. An example is the involvement of long-term debt by issuing bonds.

PAO can use its own shares to reward employees and increase their interest in the result of the activities of the company. The most commonly used options, which provide preferential right to purchase shares of the company in the future.

Publicly placed shares of the Company can only after the introduction of the register in the data about their status.

The legal status of the public and non-public joint-stock company has a number of differences. Criminal non-public company is formed due to the distribution of shares among the founders of a closed subscription. In the open market, they do not come. Sale of securities to third parties is only allowed with the permission of other owners. Procedure for disposal of shares are governed by the articles of association. If there are no restrictions, the shareholders have the right of first refusal of the securities of other owners.

Features of the economic entity

AO is a separate legal entity. Signs of the legal status of joint stock companies:

Legal status of corporations is maintained and controlled by the legislator. Start economic activity and participate in transactions JSC can only after the introduction of the founders of half the cost distributed between the shares. This minimizes the number of imaginary transactions. 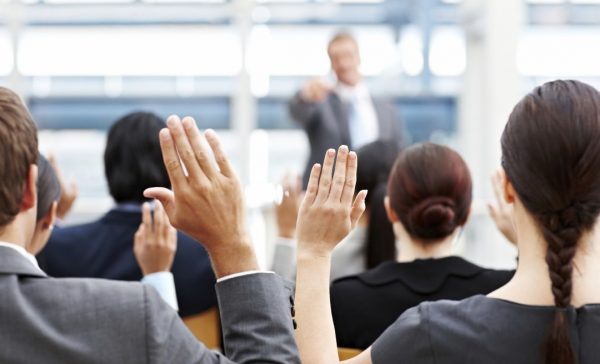 the securities acquired by the Company does not impose any restrictions on shareholder. He may be a member of other entities and / or to engage in any legal activity.

AO also indifferent to the changes in the composition of shareholders and does not require their mandatory participation in the enterprise. The exception is the election of the governing bodies, participation in general meetings and the purchase of a controlling stake.

Features of the legal status of open joint allows the owner without restriction to dispose of their shares. other owners permission is not required.

Shareholder rights may vary depending on the class of shares held by them. normal (holosuyuschye) grant the right to vote at the meeting and entitled to dividends. privileged (non-voting) guarantee a steady income owners, but without the right to vote.

The legal status of employees of the company is regulated by the internal documents of the Company and the laws of the Russian Federation.

Joint-stock companies occupy a leading place in the world economy. According to the laws of foreign countries can be judged on the legal status of economic entities. Ways of development of the legal forms in different countries are similar to the Russian model, which confirms the high level of legal regulation of business in Russia.