The creators of the Play Market monitor current trends. Not so long ago it was announced that, that will be launched decentralized store of Android applications. He will be known as DAO PlayMarket 2.0. For the transaction within the system will be used cryptocurrency ETH (Ether), a token PMT is designed for investors, something to receive dividends, in the form of shares kriptoaktivov applications. 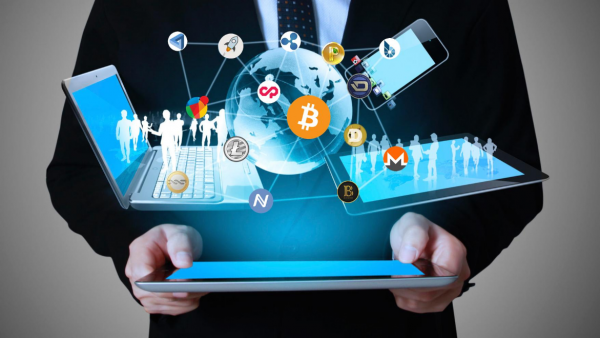 What is it PMT?

Token PMT will be used within the site dao PlayMarket 2.0. The system DAO Play Market 2.0, It is a decentralized store of Android applications, with the possibility of applications for ICO, issuance of tokens of their application. He will accept payment in cryptocurrency. combined system with ICO platform, which will help developers to develop and launch their projects.

The main idea of ​​the project is to create a decentralized community. It will be completely self-sufficient. Members will have the right to make decisions. At the same time to participate in the management of traditional centralized structures of the creators of the system plans to give.

The main aim of the developers favor the creation of a new economic model for the interaction between the application creator, investors and users. The process of planning to carry out with the help of voting. Additionally it is planned to create a single standard, with which made tokenization market for mobile applications.

storage architecture will also be revised. It will be a decentralized. With it, people can receive uninterrupted access to the application. The probability of an access lock will disappear. Man will be able to make secure purchases. The action will be carried out with the use of intelligent systems contracts.

For developers will be available ICO platform for fundraising. With it, developers will be able to attract additional funding for the project. Will be present and the built, detsentralyzovannaya, kriptovalyutnaya Exchange. It will give the opportunity to buy and sell tokens applications for Ether, dollar and possibly other couples cryptocurrency.

Tokens PMT will be used as part of the new platform, the assurances of developers has many benefits. planned, that the system will be resistant to censorship. Storage of basic data will be made in blokcheyne. This will increase the security level. People will be able to gain access to applications from anywhere. The developers provide users with the ability to attract additional investments in the project. Produced cash collection with the built-kraudinvestingovoy aysio site. Application creators can create their own tokens. The process will be carried out in several clicks.

With the help of the site, developers will have the opportunity to promote their offers. They can give assignments, performing that, user will be able to get their internal token.

The system take care of the safety of users. During the passage of the first stage scans all applications. The system automatically looks for viruses and exploits. Then, a manual approval. But later everything can change. planned, that with the development of the system of moderation algorithm will determine the community itself. At the same time, new technologies will be taken into account. According to the developers all the above features confer great advantage of the system, compared to its predecessors, But that's not all, than able to surprise us with this revolutionary, decentralized store of Android applications, for phones and tablets.

Own coins DAO Play Market, wear name tokenov PMT – Play Market Token. However, the basic digital coin acts Ethereum ETH. However, the valuation of applications and other goods can be carried out in ethers, current and dollars. After that, as the value of fixed, performed its translation into the base currency. The action is performed at the current rate.

Own token system has a ticket PMT. It operates on the basis of standard Efirovskogo ERC20. emission maximum size is limited, it is 3 000 000 million. coin.

Fundraising for the launch of the system was carried out using ICO, which successfully completed and has been collected about 5 000 000$. During the period of its holding was sold 2250000 PMT. This figure corresponds to the initial idea of ​​developers. Engaged in raising funds, they informed potential investors, they plan to sell 75% coin, but 25% tokenov, what is 750 000 thousand. PMT, reserved for the project team and frozen for 2 of the year. ICO held in four stages.

Depending on, which of them are people going to buy coins, changed discount and minimum price. It depended on the total amount of purchased tokens. The entire volume of funds implemented, developers divided into equal parts. During each stage implemented 450000 tokenov. The maximum duration of each stage was 10 days. If you managed to sell a fixed amount before, performed automatically move to the next stage.

For the convenience of users, developers will allow for the purchase of coins with the help of several varieties cryptocurrency. To purchase tokens internal system, People could use:

Developers give users the assurance, that all the funds in a timely manner will go to purse. Storage of coins was carried out with multipodpisyami.

The distribution of the collected funds

Facilities, which were obtained during crowdfunding, plan fully directed to the implementation of a marketing program. strategy, which the developers have chosen, divided by 3 target audiences. The list includes:

The main target audience are the customers, makes use of the Android app. If the developers will be able to increase the number of regular users, This naturally entail an increase in the number of developers. Advertising campaign aimed at, to improve customer loyalty and gain their trust. To do this, the developers want to run native advertising on thematic Internet resources. In this case, it will be released in different languages. Additionally, media person will be involved in the project.

The main purpose of the process is called giving developers free uninterrupted access to the platform. When this resource should be resistant to censorship. In addition, system designers want to ensure the confidence of users on, relating to the distribution of income.

For the system to function smoothly, It laid the basis for storing data about the applications and their creators in a distributed base. It uses the principle of the immutability of the information. Such a framework already exists. As the creator of the site plans to use blokcheyn Ethereum. He was chosen because, the system supports smart contracts. With their help, developers will be able to provide the necessary logic for the functioning of the new platform.

At the same architecture of the system will not be tied to any of the existing blokcheynov. It means, what, if in the future a more suitable for the operation of platform will be created blokcheyn, the system will go to him.

Today blokcheyn Ethereum system recognized by the industry standard for the production of digital assets, and smart contracts. the token interface provides the ability to deploy standard digital coins, that are compatible with the existing structure Ethereum. The system includes tools, which are required for the development of the stock exchange, purses and exchangers.

The platform enables the deployment of smart contracts. The system eliminates the intermediary guarantor. The platform makes it possible to implement complex issue of cryptocurrency and other automated structures. Developers, which was created cryptocurrency PMT, sure, the system is ideal for their sites.

In developing the system architecture, developers sought to achieve a stable and trouble-free operation for all system components. As a result, they concluded, that for the realization of the task in life is necessary:

Cryptocurrency PMT is used within the system PlayMarket 2.0, which is a hardware platform. It is not yet a system launched. However, today, developers have presented customers with basic nuances of the system operation.

Applications on the platform will be in a virtual store. It was realized with the use of modern technologies. The list includes:

The user chooses an application, which wants to download. The procedure can be performed using the mobile utility or site. Then, a request is made to download. Get it, the system processes the information. The process is carried out using a trusted platform assembly. Each user has their own light, which is recorded in blokcheyn. This also introduced information about the application, that people want to download. If the app is not free, runs parallel to the user's balance check. Action again carries out the system unit.

If the client matches the specified requirements, shall be provided with the application files boot. They are in a virtual data warehouse. If all the necessary conditions are met, in one month, when you want to transfer the boot file for the application, cancellation is performed in parallel with the corresponding amount client balance. Node conducts corresponding transaction. The amount of compensation is determined using the smart contracts. With it there is profit to clarify the situation for each participant of the transaction. All transactions recorded in blokcheyn. 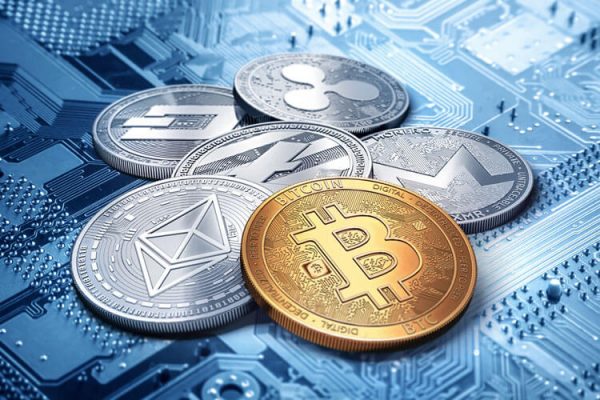 The system will have its own mobile app. Its development is based on the use of modern technologies. They are called native technology. Annex cool wallet will be pre-integrated. He will be able to back up. The data will be encrypted. If necessary, people will be able to restore the lost wallet. For storage of keys created the most secure environment. Signing the transaction will be carried out in offline mode. Based on the foregoing,, we can conclude, all the keys will be stored on the user's device. To complete your purchase, they do not have to go anywhere to send.

As a markup language used in the application Markdown. It is a classic format description. This enables developers to create a beautiful design their own applications, produced on the platform.

After that, as a person installs the application, the system will prompt him to create a new wallet. If the client has previously carried out action, You can import an existing kriptobumazhnik. If people want to make money at the expense of, process can be carried out directly through a purse or performed using kriptobirzhi. mobile application connection is made to the nearest node. It is because it is made of the information available to install applications and their value. Information is displayed on the screen.

If a person makes the purchase application within the system, forming a transaction is performed. It is transmitted to the node. However, his main task – Received check transaction, make sure, that the customer's balance sheet there are sufficient funds and, if all the established conditions are met, provide the purchased app. In this case, the transaction is entered into blokcheyn. After that, how the utility loading, there is the introduction of the purchase of data. The process is performed using the smart contracts. At the same time fixed the information that, which application was purchased. This is necessary in order, to subsequently distribute profits.

Cryptocurrency PMT will be used within the system, which operates using nodes. Each of them has its own full node in blokcheyne Ethereum. During operation, the node information from smart contracts is constantly synchronized with NoSQL databases MongoDB. Actions to be performed in order, to speed up the assembly operation.

The system uses Node.js. With it you can create cross-platform services. They are able to withstand high loads. At the initial stage of assembly takes on the responsibility for obtaining the data from the file storage of, which applications are used most often. Then made their caching. If the user has set the corresponding request, the system transmits data to a mobile application. Node loads and caches information about new applications. In the future, the system will independently interact with blokcheynom. A similar process is performed with respect to the file storage. The nodes will assume responsibility for the reception and transmission of financial transactions.

File storage and its architecture 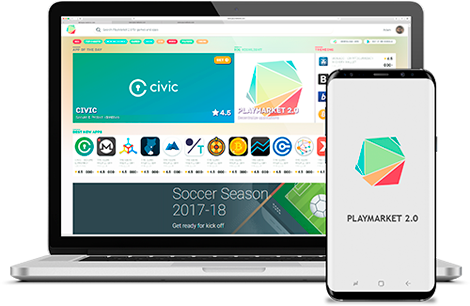